We spoke to Prof. Ralf-Thorsten Hoffmann to hear more about his lecture at ECIO.

Breast cancer is one of the leading causes of mortality worldwide1. It is a heterogeneous disease with different molecular subtypes, different prognoses and different responses to treatment. The most common site of metastases are liver, lung, bone and brain, with the liver being the second most common site of metastases. The liver is the primary site of breast cancer metastases recurrence2 in about 10% of patients. Currently, there is a rapid advance in systemic treatments of different tumours including breast cancer, however, the overall survival remains disappointing, with a median survival of 22-26 months with chemotherapy alone, together with no reported 5-year survival and a 37% 5 year survival after the introduction of anti-HER2-therapy3. During the last decades, the oncologic mindset was that BCLM are unresectable at diagnosis and the patient should undergo systemic treatment exclusively. Recent studies, however, were able to show that subgroups of patients with oligometastatic disease have better survival rates after local or loco-regional treatments compared to systemic treatments alone 4. Surgical resection seems to improve survival in a highly selected patient cohort (young at diagnosis, small tumour size, no extrahepatic disease)3.

Interventional management of BCLM is still in an early stage of its development, especially in determining the indications for the different local or loco-regional therapies. Besides a good knowledge of the different therapies, multiple criteria (tumour biology, response to CTx, hormone receptor status, extent of the disease) have to be taken into account for the identification of the ideal candidate for a multimodal, multidisciplinary treatment to maximise patients´ benefit. For all different interventional oncologic procedures (MWA, RFA, TACE, TARE) there are several studies proving the safety and efficacy of each option2,3.

Bale et al2 published a review showing the different options and results of percutaneous thermal ablation. In this review article, the median overall survival after RFA was up to 60 months and the 3 and 5-year overall survival rates were 70% and 30% respectively. These numbers are comparable to the OS after surgery – however, with a smaller complication rate, a shorter stay in hospital and a lower morbidity and mortality rate. Another possible indication for liver thermal ablation is the use as a test-of-time approach – by applying thermal ablation as an initial treatment to avoid unnecessary surgical treatment in patients who would develop metastases in the further course of the disease2.

In contrast to curative percutaneous options, transarterial therapies are more palliative. In spite of multiple publications dealing with TACE and TARE in HCC or metastases of colorectal cancer, the data regarding its use in BCLM are sparse.

In a recent systematic review5 the presently available evidence for intraarterial therapies was summarized. The review summarized 26 studies with 1,266 patients and showed pooled response rates as high as 49% for TARE, 34% for TACE and 19% for chemoinfusion. The pooled overall survival given in the review5 was 9.2 months for TARE, 17.8 months for TACE and 7.9% for chemoinfusion. The longest median overall survival was reported if the transarterial therapies were combined with systemic chemotherapy, being as high as 47 months for TACE and 49 months for TARE6 (Fig 1 a-d). These results are amazing because these therapies were only performed in patients suffering from chemorefractory (!) disease. Therefore – these transarterial therapies could be of major interest in patients with chemorefractory advanced liver metastases.

Besides the need for further studies to identify subgroups of patients with a benefit of this multimodal treatment, every patient has to be discussed in a multidisciplinary tumour board. 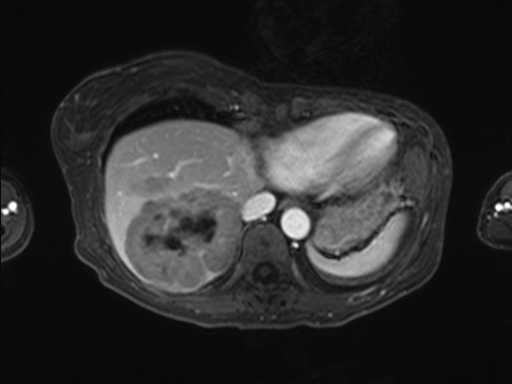 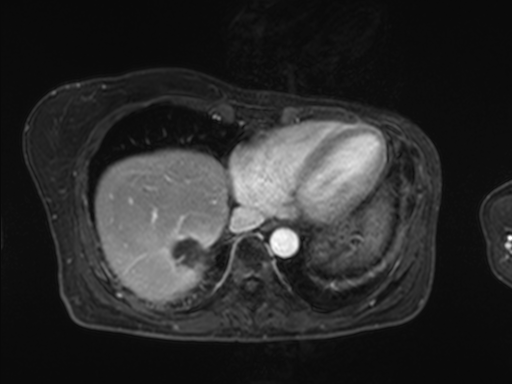 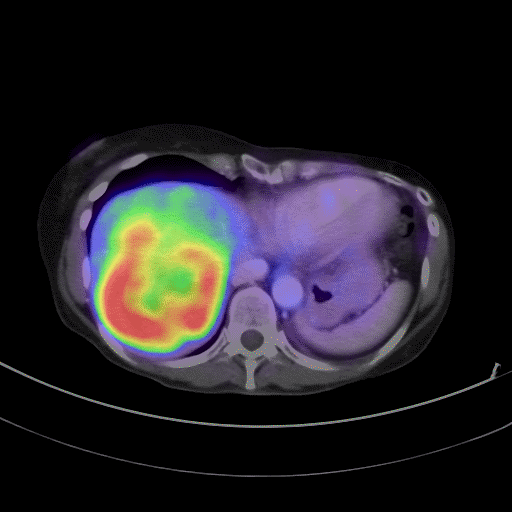 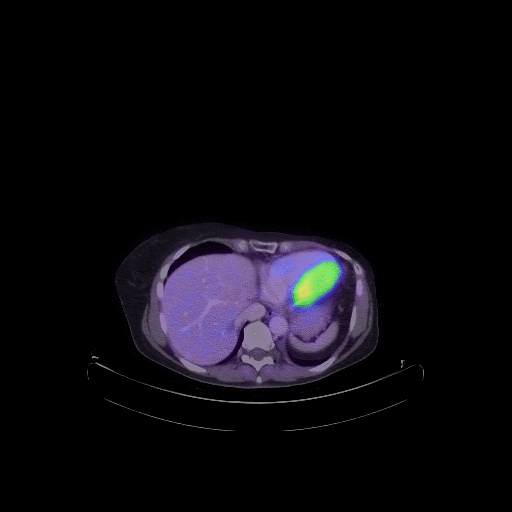 Fig 1a-d) 52-year-old female patient suffering from a solitary (!) chemorefractory huge metastasis in the right liver lobe. The decision was made in the tumour board to perform a TARE in an individual approach. Complete response was reached, shown by the contrast enhanced MRI and the PET CT in the 3 months follow up. 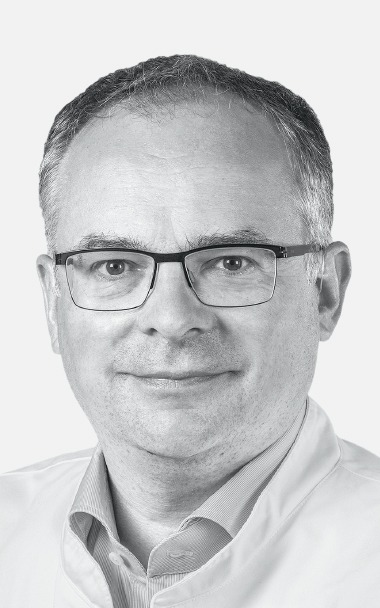 Prof. Dr. Ralf-Thorsten Hoffmann is a full professor of radiology and the chairman of the „Institute and Policlinic for Diagnostic and Interventional Radiology“ at the University Hospital of Dresden since 2018. He is fellow of CIRSE and ESGAR and he is part of the executive committees of DEGIR (The German Society of Interventional Radiology) and ESOI (The European Society of Oncologic Imaging). He has a special interest in interventional radiology with a clinical focus on hepato-biliary interventions including TIPSS, oncologic interventions, UFE, PAE and the treatment of lesions of the bones.  For years his scientific focus has been on interventional oncology. Besides teaching students and young radiologists, Prof. Hoffmann is intensely involved as an instructor for interventional radiology and he has trained multiple residents and young consultants in the different fields of IR.