Meet the PI: the CRYOMUNE study

We spoke to Dr. Jean Palussiere to learn more about his upcoming presentation at ECIO 2022.

You can now view this session on demand!

Cryomune (NCT04339218) is the first randomised study investigating the added value of cryoablation combined with immune checkpoint inhibition in patients with advanced non-small cell lung cancer NSCLC. For several decades, effective treatment options had been limited for patients with metastatic or locally advanced NSCLC. Platinum-based doublet chemotherapy had been the standard of care for first-line treatment.

However, the treatment of NSCLC has evolved significantly over the past decade, as a result of much better understanding of the molecular biology of the disease.

On one hand, tumour subtypes whose malignant phenotype is the result of oncogenic driver mutation and gene re-arrangements are susceptible to targeted therapies and demonstrate relatively better prognosis. Those tumours are particularly frequent in non-smokers.

On the other hand, a large majority of diagnosed NSCLC do not exhibit specific targetable genetic aberration. Those tumours, most frequent in smokers or former smokers, present higher mutational load, poorer prognosis and have been treated with standard chemotherapy regimen until the recent development of immune checkpoint inhibitors (ICI) based immunotherapy.

From the inception of carcinogenesis, the immune system detects and eliminates nascent tumours in a process described as cancer immune surveillance. Tissue disruption and unscheduled cell death lead to the release of neo-antigens and signals that activate both innate and adaptive immunity.

Novel antibodies that target programmed death-ligand 1 (PD-L1) and program-death-1 (PD-1) pathways represent an important advance in the management of advanced and metastatic NSCLC. The PD-1 receptor, which is expressed on activated T cells, is engaged by ligands PD-L1 and PD-L2, which are expressed by tumour cells and infiltrating immune cells. Tumour PD-L1 expression is prevalent in NSCLC and promotes tumour immune escape. ICI aim at disrupting PD-1/PD-L1 signalling and restoring antitumour immunity.

Thus, as of May 2017, pembrolizumab is authorised in the first-line treatment of advanced and metastatic NSCLC for tumours with PD-L1 expression on at least 50% of tumour cells.

One of the most effective immune-stimulating methods to completely eradicate a human disease is a vaccine. Co-stimulating the immune system with a shower of tumour antigens via cryosurgery in the presence of a “primed” immune system pre-treated with CTLA-4 and PD-1 combined therapy would theoretically result in a synergistic effect of local tumour and distant metastases regression, or abscopal effect. The release of tumour antigens is analogous to a polyvalent, auto-inoculation of tumour self-antigens, and can be considered an auto-vaccine.

The abscopal effect was identified over 50 years ago and refers to the phenomenon following radiation therapy of a primary tumour which results in regression of distant metastatic lesions. This is presumably due to the release of tumour-specific iso(self)-antigens into the patient’s circulation and the immune response that manifests thereafter. Indeed, there now exists numerous reports in the literature where the abscopal effect has been observed when patients who were previously treated with CTLA-4 and PD-1 antibodies subsequently received radiation therapy, and their distant metastases regressed. This abscopal effect is believed to be mediated by the development of a systemic antitumour immune response caused by radiation therapy, which releases intratumoral antigens adjacent to APCs and T-cells; quite similar if not identical to the immune response resultant of cryoablation. Notably, cryoablation has fewer adverse events associated with its use compared to radiation and may provide for a more comprehensive and efficient release of self-antigens into circulation. Cryosurgery likely preserves these self-antigens whereas radiation, radiofrequency, and microwave therapy denatures and destroys some of these circulating tumour epitopes.

Unlike radiation therapy, cryoablation results in direct cell death by removing heat. Presumably, the degree of disparity in targeted immune activity is because radiation-based methods cause protein denaturation, decreasing the quantity of undamaged antigens released into circulation. Freezing alternatively preserves cellular ultrastructure and increases plasma membrane permeability, causing the discharge of intracellular debris. Currently, the efficacy of cryotherapy combined with ICI in advanced NSCLC has not been explored and is unknown.

Cryomune is a randomised comparative phase III trial aiming to compare the one-year survival benefit between two therapeutic strategies: cryoablation of one tumour (except liver and brain metastases) with pembrolizumab and pemetrexed-carboplatin versus pembrolizumab and pemetrexed-carboplatin in metastatic lung adenocarcinoma patients. Thanks to a strong translational program (sequential tumour and blood sampling), we will be able to assess the impact of such an approach on the tumour microenvironment. 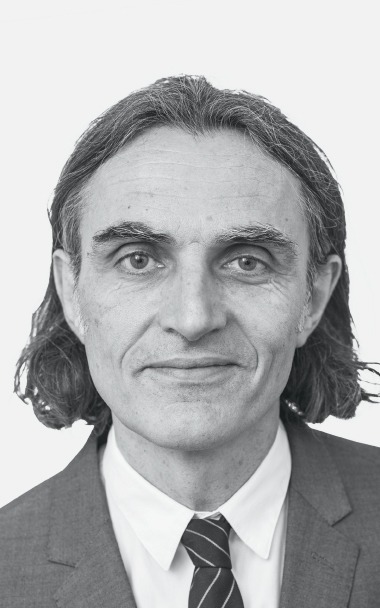 Dr. Jean Palussière is an interventional radiologist at the Institute Bergonié in Bordeaux, France. After completing his medical studies at Bordeaux University, he spent a one-year sabbatical in northern Congo, before working as an assistant for two years in the vascular radiological department in Bordeaux once again. While there, he also worked to develop IR at the Institute Bergonié and in 1999, the first angiosuite was installed. In 2002, Palussière and his team began treating their first patients with radiofrequency ablation for lung tumours. Due to his expertise in thermal lung and breast tumour ablation, Dr. Palussière has been a guest speaker at different universities and conferences across Europe and the USA, and served as the ECIO 2016 Honorary Lecturer.