The role of contract research organisations in clinical trials

Dr. Jean-Francois Geschwind spoke to us about his presentation at ECIO 2022.

It is difficult nowadays to imagine clinical trials being conducted in oncology without contract or clinical research organisations (CROs), but the involvement of such organisations was not always the case. At first, in the early 1980s, CROs were highly specialised entities that provided consulting services on an as-needed basis, such as regulatory advice or support in view of a submission to the Food and Drug Administration (FDA), biostatistical expertise, clinical site support, and/or safety monitoring, among others. Gradually, over the last 40 years, CROs have evolved into large full-service organisations that have become indispensable in the conduct of clinical research by providing research and support services to the pharmaceutical and device industry itself, seeking to reduce risks and costs associated with the development of new products.

Given the high costs of complying with drug or device development regulations, it is almost impossible to contemplate bringing a new cancer drug or device to market without engaging the services of a CRO. As such, CROs are used to select both investigators and clinical sites, assist with patient recruitment, audit sites, provide safety surveillance and reporting, manage data, guide regulatory and biostatistical strategies, and in some cases, CROs are also capable of acting as imaging core laboratories to function as blinded central independent reviews (BICR) that are so critically important when drugs or devices are considered for regulatory approval. In the end, a sort of symbiotic relationship has formed between the pharmaceutical and medical device industry and CROs, as most of the regulatory burden has shifted to CROs and the ethical risks and responsibilities inherent in the conduct of clinical research are now largely assumed by CROs. This is because, unlike the drug or device makers, CROs are not conflicted by the outcome of studies, but like them, CROs are equally burdened by and subjected to the heavy regulations imposed by the federal government, the states when applicable, and their own operating procedures. In truth, one can wonder whether such regulatory burden is not the real reason that led the pharmaceutical and device industry to engage CROs to conduct their clinical trials, so much so that CROs are increasingly the “face” of clinical research.

This greater visibility of CROs in the management of clinical trials has led to frequent interactions between investigators and CRO personnel to address all sorts of queries to ensure that clinical trials are obeyed by the strictest criteria. After all, this is how CROs are judged and evaluated – by their ability to deliver high-quality services in a timely manner and most importantly by adhering to the clinical protocol and regulatory requirements guaranteeing the validity of the data in the process. As a result, since CROs can be subjected to comprehensive audits by virtually anyone involved in a study, from the sponsor to the FDA and any other regulatory agency in between, CROs have become the ultimate de facto “guarantors” of data integrity. The responsibility is immense and requires extreme vigilance at every stage of the process. Thus, it is probably fair to say that without CROs, the rigor needed to conduct clinical research and complete clinical trials would be lacking.

Yet, it is also undeniable that the costs of bringing new potential effective therapies to approval and the clinical setting are exorbitant and are continuing to climb with no end in sight largely due to excessive and perhaps unnecessary regulation. As a result, researchers, scientists, and oncologists alike have openly questioned the need for CROs, as they view them as a major source of additional financial costs and regulatory burden. Although the causes for the substantial time and costs associated with the conduct of a clinical trial are multifactorial, CROs should not be blamed. Instead, they should be supported by investigators so that many aspects of the everyday tasks of a CRO can be expedited and eased. Since CROs are mostly in the business of data collection and documentation, it is imperative to facilitate this process. Therefore, high-quality CROs have the potential to add substantial benefit to the conduct of a clinical trial, from improving the quality of data collection to trial standardisation. The stakes are high, as new therapies for cancer patients are critically needed, so it is imperative that everyone works together to remedy the current issues and provide solutions that will streamline the running of clinical trials which is the only path to a new treatment approval. 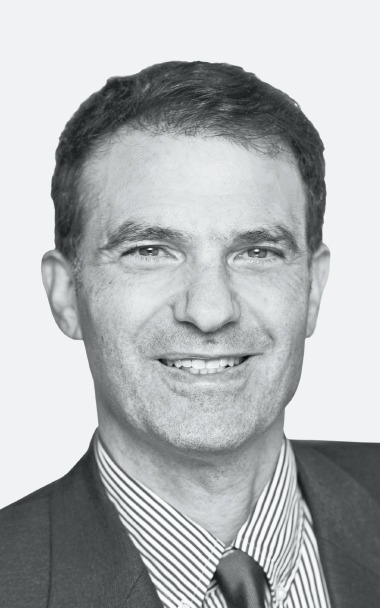 Dr. Jean-Francois (Jeff) H. Geschwind is currently the Director of Oncology at USA Clinics Group; the Medical Director for Oncology and Image-Guided Therapy at Syntactx/NAMSA, a contract research organization based in New York City; Senior Scientist for Clinical and Scientific Affairs, Imaging Endpoints, LLC, a contract research organization specialized in imaging; and a consultant for Cage Pharma, previously PreScience Labs, a company he founded in 2009 which is focused on developing cancer drugs targeting tumor metabolism, specifically glycolysis. He is also a scientific consultant for Philips Healthcare advising them on all matters related to oncology and image-guided therapy.